Here I am biking on an ordinary Wednesday afternoon, among the ubiquitous Dutch rain drops. The bike lane drew straight before me, like a line on a Google map. With the hood tight on my head, I was endeavoring to actively participate in my little girl’s usual confessions. The best and deepest mother-daughter discussions took place on our regular roads through the city. The ears were recording with some difficulties the words coming from behind me, stifled by the noise of the cars running in the rain. My peripheral vision was a little obstructed by my hood, but I stayed vigilant. That’s how I use to cycle, paying attention to potential dangers, better cautious than bruised.

I was aware of the car that advanced on the street exactly in a parallel line with me. But I did not even guess that it would turn right, without giving me priority and that everything will happen suddenly, producing my first crash in six years of using the bicycle as transportation in Amsterdam. The impact was violent because being attentive to our dialogue and uncomfortable with the rain, I did not have time to break. The front wheel shoved in the car’s body, but my hands refused to release the handlebar. My feet were stuck in the asphalt, thus avoiding a fall. As a result of the strong impact, my pelvic became familiar with the handlebars, and my child’s belly collided with the bicycle seat. It did not leave wounds, just shock, scare and pain. 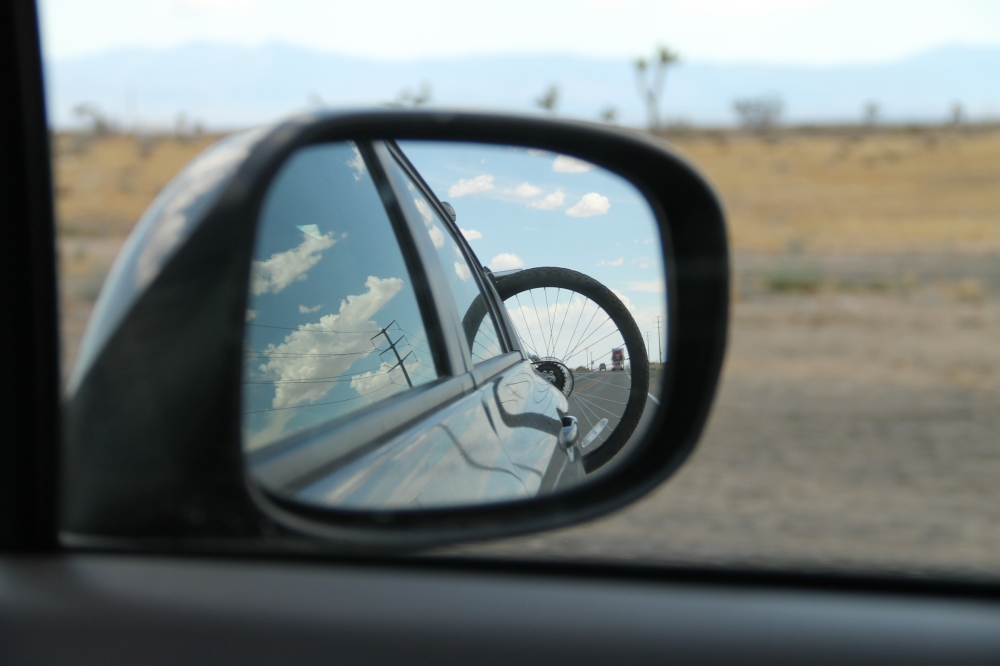 Once the driver has left the car, my story actually begins. Not even two seconds after the impact, my Romanian blood reached the boiling temperature. An overwhelming majority of my fellow countrymen would feel exactly what I had started to feel, and from inside a few words, not at all appreciative,  would have squeaked through the gaping of their mouths, galloping from the vocal cords. Somehow, I do not know how, after six years of non-reactions in the public space, my lips remained stuck. My brain was running bad words, but this time they stayed inside.

I swear on all the saints that if I was a native, she would have instantly shaken off the shock and would have left the crime scene because time is precious and it’s worthless to waste it with potential conflicts. This was probably what the guy behind the steering was assuming because in the first few seconds he did not show signs of any desire to move his ass out of the car. Later, quieter than my best calm in 40 years of life, slowly, not to awaken his ancestors, he incarnated himself in front of my eyes. A handsome gentleman, in his 50’s, well dressed and I guess well educated. On his face I read … nothing. He walks elegantly in front of the car and arrives before me with a small conquering smile on his lips. My 34 years spent in Romania are looking for a familiar reaction on his face, a regret, a bit of guilt, a gram of care, but his face remains harmonious and discreetly amused. Quit unexpected for me and for my whole relatives, I keep quiet. I look in his eyes like a sociological experiment and … I say nothing.

„Sorry”, let the gentleman come out through his beautiful lips, somehow against his will and without the slightest regret.

I shrug, smiling, as I imagine a lion would smile face to face with the antelope. Demonstratively, I turn to Anna and ask her in Romanian if she’s OK.

„Yes, mother, I’m fine,” replies the little girl with the voice of a sparrow in the claws of the hawk (I do not have the appetite to google if the hawks hunt the sparrows, most probably they don’t, but I think that’s what her voice sounded like).

Returning to my beautiful Dutch guy, I expect to have succeeded in my strategy and to see on his face a concern for the child involved in the accident. I played my strongest card and … I lost.  My Dutch guy did not really feel anything or his emotions were expressed in a dialect from which I did not understand anything.

„You didn’t stop”, I hear myself saying with a voice emptied of any emotions.

„I didn’t see you”, my Dutch guy answers, increasing by several percents the state of amusement that seemed to have taken possession of him from the very beginning.

Looking back, I strongly believe that I was hypnotized otherwise, how could I explain the peace and calm that guided me in this cultural-street interaction?

With the gesture of a genuine Transylvanian prince, I take off my soaked glove and lay my hand worthily.

„Sorry”, the Dutch guy repeats, completely overtaken by this aristocratic outburst of the victim, while delicately shaking my hand.

„Het kan gebeuren” (it can happen), I give him the blow of grace, pushing him in the heart with the foil of mankind.

We say goodbye like two old buddies and each one goes his own way while I continually touch myself in the intimate areas to see if the machine is still intact.

In fact, my little story is about guilt and about how two cultures can assimilate this strong feeling so differently. We, the Romanians, we breathe guilt, we metabolize it in the liver without being able to neutralize it together with the other toxins. We often blame and, most of all, we blame ourselves. Both as a nation and individually, we have a lot to lose because of this feeling that we seem to carry in our DNA, passing it unconsciously from one generation to the next.

While in this small and pragmatic country where I live, the blame has been completely extirpated by collective vaccination. When they gave up their churches, turning them into office buildings or exhibition spaces, they buried this negative feeling under a new layer of plaster because it is connected with religion and must be removed from public and private space. The miraculous words „Het spijt me” (I’m sorry) have been removed from the dictionary and replaced with the English „Sorry”, always spoken with good humor as we are used to wish „Happy Easter.”